Though a buzzword of recent times, influencer marketing is not a new concept. For decades, brands have recruited musicians, athletes and models alike to demonstrate their affiliation and passion for their product. Perhaps one of the most memorable cases of all time was Michael Jackson’s role in the 1980’s Pepsi Generation commercials. It is said that Pepsi paid him in excess of five billion dollars for his feature; however, the campaign was indisputably successful as it allowed Pepsi to reinvent itself as the drink for the ‘new generation’, ensuring that Pepsi, like Jackson, was crowned the king of ‘pop’.

Yet, following the rise of social media, and most notably the ever-growing monster that is Instagram, influencer marketing has entered a new dimension, achieving unrivalled levels of global reach as a single post can trigger a universal response. Kylie Jenner takes the crown as 2018’s highest-valued influencer on social media as she earns 1 million dollars per sponsored post. But when that post can be broadcasted to 117 million followers with a simple click of a button, it is easy to see why. This heightened access to influencers through social media makes influencer marketing more investible than ever before; a notion that has not gone unnoticed by industry experts. According to Mediakix, it is projected to become a 5 to 10 billion dollar industry by 2020, and thus it should be regarded as a business in its own right. So, it’s no surprise to see influencer marketing agencies, whose sole purpose it is to create and execute influencer marketing campaigns, popping up left, right and centre; a sure sign of a changing culture.

However, due to the fast-moving reality TV culture that we live in, brands are killing their credibility as they adopt an ‘anyone and anything’ approach to influencer marketing. By this I mean that they are targeting people who have been thrust into the limelight without a well-established personal brand. Companies are quick to snap them up as they are the ‘trending’ celebrities of the time, but the only benefit that they bring to the brand is their follower count. ITV’s Love Island is a prime example of this, as the contestants walk out of the show and instantly secure brand ambassador deals with fashion labels, despite our only prior knowledge of their individual style being the clothing they were dressed in by the show’s stylists, as dictated by the programme’s contract with Missguided. Our feeds are flooded with #sponsoredposts from Pretty Little Thing, Boohoo, Missguided, In The Style, (and the list goes on), only for this season’s golden girls to be replaced months later once the hype is over and everyone’s attention has shifted to the newer, shinier models. Brands are simply and unashamedly cashing in on a quick win. And what message does that send out about the brand?

As a marketing technique, the main problem with this form of influencer marketing is that these celebrities have not earned the trust of their followers through merit or knowledge; they too are merely capitalising on short-term fame. And it’s blatantly obvious. So how can one authentically pledge for something that they have no knowledge of?

These celebrities are not content creators; they are ordinary people who got lucky and shot to fame. Brands recognise this, and in an attempt to guide the celebrities, or rather control the message and tone of voice, they dictate the post’s content, sprinkling it with familiar slang and emojis to forge sincerity. And yet somehow, it just doesn’t feel sincere. Perhaps it’s the randomness with which celebrities who have never expressed an interest in fitness can suddenly be seen promoting protein shakes and slimming teas? Or perhaps it’s the repetitiveness of the posts across multiple accounts almost looking as though they have been copied and pasted. Or perhaps, similarly, it is the repetitive ‘takeover’ approach applied to some individual’s accounts over a short period of time, as can be seen in the montage of Love Island’s Zara Mcdermott’s Instagram posts over the past two months. Or perhaps more simply, it is the #sp or #ad that follows these posts due to the FTC’s strict regulations on disclosure.

As Alex Culbertson, associate director of engagement planning for Arnold Worldwide in Boston, points out:

“Adding #sponsored at the end of a post mimicking unsponsored content ruins its authenticity, while having the influencer describe the partnership or endorsement as something they’re proud of keeps the content strong.”

It is exactly this sentiment that has led to the rise of the micro-influencer. Engagement is one of the essential KPIs when it comes to assessing an influencer’s commercial viability, and the data analysis around this is showing that the simple formula of ‘Size of Following = Impressions = Influence’ is no longer as seamless. Nowadays, anyone can mimic influencer status as it has become all too easy for fraudsters to purchase fake followers; a trap that many brands have fallen victim to in the past. So, micro-influencers who have built a specific, niche audience tailored to their content are the perfect solution. The influencers’ mutual interest with their followers creates a genuine, trusting and sustainable relationship, blurring the lines between celebrity and friend.

If brands are prepared to spend the time researching these more niche influencer markets, then they will reap the benefits of contextual targeting. Japanese influencer Hisatsumi describes how “influencer marketing is not just for PR and show, it is deeper than that. It exposes the globe to new cultures on a personal level. You feel connected to someone you have never met and that creates more commonality across nations.” It is this personal element that brands need to engage with to achieve organic and effective content. What’s more, as Culbertson also points out: “influencers don’t love the image of ‘selling out,’ and audiences don’t appreciate unwanted ads in their feeds, so it’s up to the brand, the agency and the influencer to find a creative way to disclose the partnership’. Sending influencers products for them to sample across their social channels depicts organic content: it’s within a surrounding that the audience is familiar with, and the understated setting and video production makes the product feel more attainable and legit. But once again, this is only effective if the influencer portrays authenticity, and this becomes a lot easier if the influencer believes in the brand as the call to action will come more naturally. Thus, they appear more genuine to the consumer, allowing both the influencer and the brand to thrive. Evidence of this can be seen through a study conducted by Defy, which showed how “younger consumers accept advertising in online video” and that “87% [of the respondents] approve product placements in videos e.g. when an influencer demonstrates a product or shouts out to a sponsor.” But this will only be the case if the consumer admires, respects and trusts the influencer.

When it comes to influencer marketing there has been a clear shift in approach, reflective of the ever-growing dominance of social media. While all forms of influencer marketing can be successful as the ultimate result is higher impressions, the most effective method in winning over loyal and repetitive customers is to engage with micro-influencers who are highly respected and trusted within their specific field and have built up a good rapport with their followers. Yet in order to get the most out of this marketing strategy, it is important that brands allow the influencers to post organically, without dictating the voice or message, as inauthenticity breaks down the trust between influencer and consumer.

Ultimately, retargeting micro-influencers’ engaged audiences will be more cost-effective than a one-off post from a celebrity who’s only sincere love for the brand is for their pay cheque.

As we reach ‘peak stuff’ in the western world, the power of the edit becomes ever more relevant.

END_OF_DOCUMENT_TOKEN_TO_BE_REPLACED 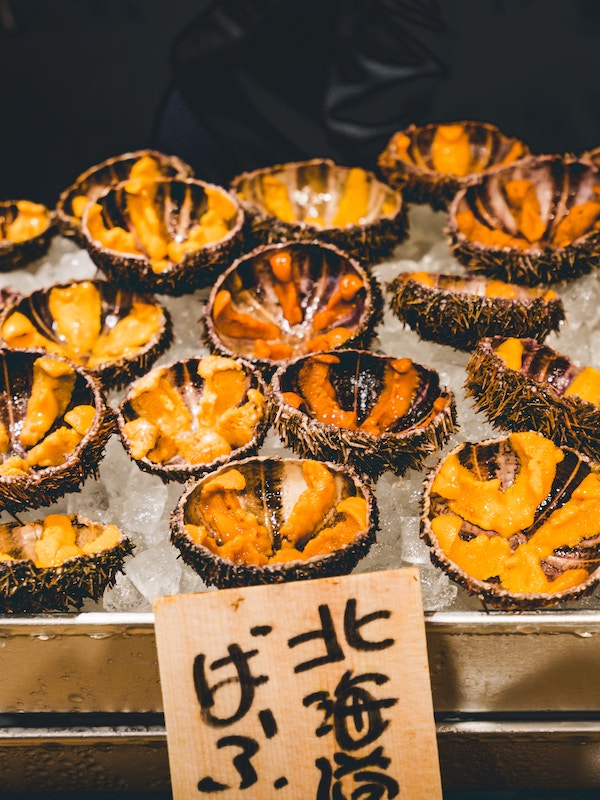 When you think of Japanese food, what comes into your mind?